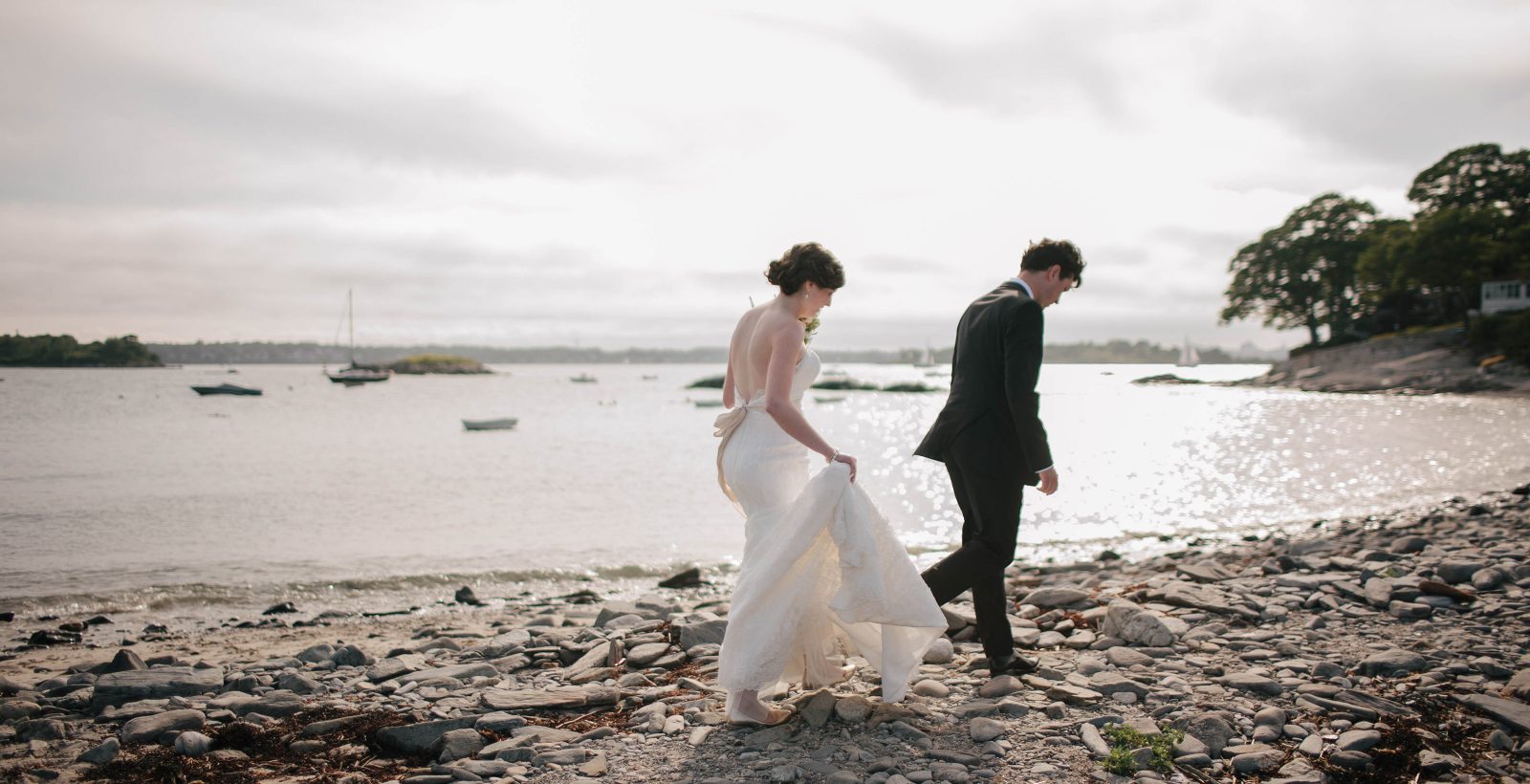 Melissa & Lucas were married on Peaks Island this Summer. The weather isn’t too bad in Boston, as I sit here in early December, so I won’t wish to be back there quite yet. Give me a few more weeks until that happens. It was pretty much a perfect day though. They and their guests stayed in Portland and took the ferry over for the day. I enjoy the anticipation of the ferry ride – both as a passenger on the way over and as an onlooker as you see it approaching the island. It’s a great way to begin a day, especially a day like a wedding.

When we met up with Melissa & Lucas last year to take some pre-wedding photos and discussed their wedding, they said they wanted their wedding to be more about their guests and the two of them – the celebration itself. I think they 100% accomplished that. Their ceremony was lovely and everything about it connected with who they are – both separate and together. And afterwards there was a party!

This wedding had some of the best dancing we’ve seen, and on top of that, one of the best music selections we’ve heard too. That is to say, a little off “wedding” book. The DJ was super nice and gave into the guests’ requests and played songs against his better judgement, but the guests knew the crowd and the songs worked. People flocked to the dance floor for “California” by Joni Mitchell. Really. I got to sing along while photographing – it was the best.

I’ve actually written a separate post on one song in particular that was played.

And lastly, a special shout out to Sushi, the island cat who visited during portraits on the rocks.

Thank you, Melissa & Lucas. We feel very lucky to have met you and to have shared in the last year with you. Congratulations!